Chapter 12: Monoids bring it all together

In this chapter, we will examine monoids by way of semigroup. Monoids are the bubblegum in the hair of mathematical abstraction. They capture an idea that spans multiple disciplines, figuratively and literally bringing them all together. They are the ominous force that connects all that calculates. The oxygen in our code base, the ground on which it runs, quantum entanglement encoded.

Monoids are about combination. But what is combination? It can mean so many things from accumulation to concatenation to multiplication to choice, composition, ordering, even evaluation! We'll see many examples here, but we'll only tip-toe on the foothills of monoid mountain. The instances are plentiful and applications vast. The aim of this chapter is to provide a good intuition so you can make some monoids of your own.

Addition has some interesting qualities I'd like to discuss. Let's have a look at it through our abstraction goggles.

For starters, it's a binary operation, that is, an operation which takes two values and returns a value, all within the same set.

See? Two values in the domain, one value in the codomain, all the same set - numbers, as it were. Some might say numbers are "closed under addition", meaning the type won't ever change no matter which ones get tossed into the mix. That means we can chain the operation since the result is always another number:

In addition to that (what a calculated pun...), we have associativity which buys us the ability to group operations however we please. Incidentally, an associative, binary operation is a recipe for parallel computation because we can chunk and distribute work.

Now, don't go confusing this with commutativity which allows us to rearrange the order. While that holds for addition, we're not particularly interested in that property at the moment - too specific for our abstraction needs.

Come to think of it, what properties should be in our abstract superclass anyways? What traits are specific to addition and what ones can be generalized? Are there other abstractions amidst this hierarchy or is it all one chunk? It's this kind of thinking that our mathematical forefathers applied when conceiving the interfaces in abstract algebra.

As it happens, those old school abstractionists landed on the concept of a group when abstracting addition. A group has all the bells and whistles including the concept of negative numbers. Here, we're only interested in that associative binary operator so we'll choose the less specific interface Semigroup. A Semigroup is a type with a concat method which acts as our associative binary operator.

Let's implement it for addition and call it Sum:

Note we concat with some other Sum and always return a Sum.

Just like that, we can program to an interface, not an implementation. Since this interface comes from group theory it has centuries of literature backing it up. Free docs!

Now, as mentioned, Sum is not pointed, nor a functor. As an exercise, go back and check the laws to see why. Okay, I'll just tell you: it can only hold a number, so map does not make sense here as we cannot transform the underlying value to another type. That would be a very limited map indeed!

So why is this useful? Well, as with any interface, we can swap out our instance to achieve different results:

This isn't limited to numbers, though. Let's see some other types:

If you stare at these long enough the pattern will pop out at you like a magic eye poster. It's everywhere. We're merging data structures, combining logic, building strings...it seems one can bludgeon almost any task into this combination based interface.

I've used Map a few times now. Pardon me if you two weren't properly introduced. Map simply wraps dict so we can embellish it with some extra methods without altering the fabric of the universe.

All my favourite functors are semigroups.

The types we've seen so far which implement the functor interface all implement semigroup one as well. Let's look at Identity (the artist previously known as Container):

Other types have similar behavior:

This gets particularly useful when we stack these semigroups into a cascading combination:

In the top example, we've hit a couple of different servers and combined their results in an async way using Task and Array. Lastly, we've stacked Task, Maybe, and Map to load, parse, and merge multiple settings.

These can be chained or ap'd, but semigroups capture what we'd like to do much more concisely.

We can stack and combine as many of these as we'd like. It's simply a matter of adding another tree to the forest, or another flame to the forest fire depending on your codebase.

The default, intuitive behavior is to combine what a type is holding, however, there are cases where we ignore what's inside and combine the containers themselves. Consider a type like Stream:

We were abstracting addition, but like the Babylonians, we lacked the concept of zero (there were zero mentions of it).

Zero acts as identity meaning any element added to 0, will return back that very same element. Abstraction-wise, it's helpful to think of 0 as a kind of neutral or empty element. It's important that it act the same way on the left and right side of our binary operation:

Let's call this concept empty and create a new interface with it. Like so many startups, we'll choose a heinously uninformative, yet conveniently googleable name: Monoid. The recipe for Monoid is to take any semigroup and add a special identity element. We'll implement that with an empty function on the type itself:

When we have nothing else, who can we count on? Zero. How many bugs do we want? Zero. It's our tolerance for unsafe code. A fresh start. The ultimate price tag. It can annihilate everything in its path or save us in a pinch. A golden life saver and a pit of despair.

Codewise, they correspond to sensible defaults:

Or to return a useful value when we have nothing else:

They are also the perfect initial value for an accumulator...

Folding down the house

It just so happens that concat and empty fit perfectly in the first two slots of reduce. We can actually reduce an array of semigroup's down by ignoring the empty value, but as you can see, that leads to a precarious situation:

Boom goes the dynamite. Like a twisted ankle in a marathon, we have ourselves a runtime exception. Python is more than happy to let us strap pistols to our sneakers before running - it is a conservative sort of language, I suppose, but it stops us dead in our tracks when the array is barren. What could it return anyhow? None, False, -1? If we were to continue on in our program, we'd like a result of the right type. It could return a Maybe to indicate the possibility of failure, but we can do one better.

Let's use reduce function and make a safe version where the empty value is not optional. It shall henceforth be known as fold:

The initial m is our empty value - our neutral, starting point, then we take an array of m's and crush them down to one beautiful diamond like value.

We've provided a manual empty value for those last two since we can't define one on the type itself. That's totally fine. Typed languages can figure that out by themselves, but we have to pass it in here.

Not quite a monoid

There are some semigroups that cannot become monoids, that is provide an initial value. Look at First:

We'll merge a couple of accounts and keep the First id. There is no way to define an empty value for it. Doesn't mean it's not useful.

Monoids form a single object category where the morphism is concat, empty is the identity, and composition is guaranteed.

Composition as a monoid

Functions of type a -> a, where the domain is in the same set as the codomain, are called endomorphisms. We can make a monoid called Endo which captures this idea:

Since they are all the same type, we can concat via compose and the types always line up.

Monad as a monoid

You may have noticed that join is an operation which takes two (nested) monads and squashes them down to one in an associative fashion. It is also a natural transformation or "functor function". As previously stated, we can make a category of functors as objects with natural transformations as morphisms. Now, if we specialize it to Endofunctors, that is functors of the same type, then join provides us with a monoid in the category of Endofunctors also known as a Monad. To show the exact formulation in code takes a little finagling which I encourage you to google, but that's the general idea.

Applicative as a monoid

Even applicative functors have a monoidal formulation known in the category theory as a lax monoidal functor. We can implement the interface as a monoid and recover ap from it:

So you see, everything is connected, or can be. This profound realization makes Monoids a powerful modelling tool for broad swaths of app architecture to the tiniest pieces of datum. I encourage you to think of monoids whenever direct accumulation or combination is part of your application, then once you've got that down, start to stretch the definition to more applications (you'd be surprised how much one can model with a monoid).

Previous
Chapter 11: Traversing the Stone
Next
Appendix A 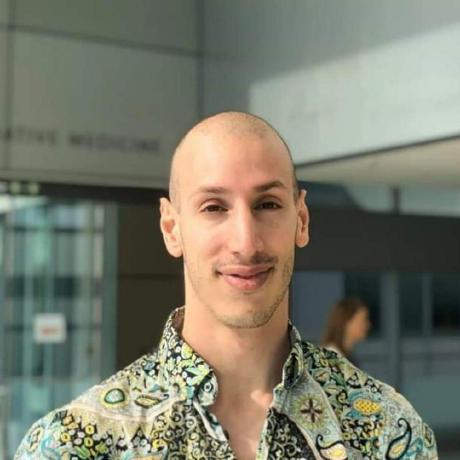 Last updated 3 months ago
Export as PDF
Contents
Wild combination
Abstracting addition
All my favourite functors are semigroups.
Monoids for nothing
Folding down the house
Not quite a monoid
Grand unifying theory
Group theory or Category theory?
Composition as a monoid
Monad as a monoid
Applicative as a monoid
In summary